Farmers Prohibited to Use Dicamba, Encouraged to Use Agriculture Plastic Mesh

After the Mississippi and Phillips counties issued temporary restraining orders (TROs) of the state's in-season dicamba ban and agriculture plastic mesh support in the third week of April. There are nearly 200 farmers had gained temporary access to new dicamba herbicides.

However Arkansas Attorney General Leslie Rutledge quickly filed appeals in the Phillips County and Mississippi County cases and asked for "expedited stays" -- or halts -- of the restraining orders until those appeals are decided. Wednesday, the Supreme Court agreed to issue those stays. A state judge also denied an additional request for a restraining order filed by 13 farmers in Greene County last week. Only 38 farmers continue to have access to dicamba under a Clay County restraining order still in effect.

"The Attorney General has appealed and asked the Supreme Court to allow the dicamba ban to remain in place in the Clay County case," Nicole Ryan, communications director for Rutledge, told SUGRAND. "This would be consistent with what the Supreme Court decided in the Mississippi County, Phillips County and Pulaski County cases, which addressed identical claims about the Plant Board's dicamba rule."

Those 38 farmers under the restraining order only have access to BASF's Engenia herbicide to use on their Xtend cotton and soybeans and they must to use agriculture shade net. While Monsanto's XtendiMax herbicide is registered in Arkansas for use on Xtend crops, the company has opted not to sell it there for the time being, according to Monsanto spokesperson Kyel Richards. 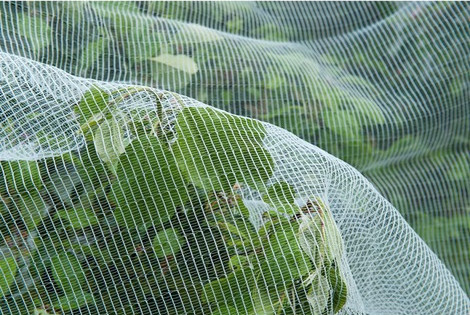 The state's ban on dicamba use, which has caused a legal uproar in the state this spring, is in place from April 16 through Oct. 31. The Arkansas State Plant Board instituted it after receiving 997 complaints of dicamba injury to soybeans and other crops and plants in 2017.

Whether the 38 remaining farmers with a restraining order will actually apply dicamba is uncertain, given pending legal action by the state and the fact that only 21% of soybeans have been planted in Arkansas as of Monday, according to USDA Crop Progress reports.

The state plant board, which is the primary target of this wave of legal action, is now undergoing a membership shake-up.

On April 25, Arkansas Gov. Asa Hutchinson announced that two members, Danny Finch and Larry Jayroe, would not have their two-year terms on the board renewed after they expired in March.

Both Finch and Jayroe were key players in the board's decision to restrict dicamba use, as well as set heftier fines (from $1,000 to $25,000 per violation) for applicators who make illegal pesticide applications, in contrast they encouraged farmers to use plastic net in farmers' crops. Both Finch and Jayroe will soon appoint two new members to the Plant Board that will bring farming experience and expertise to the body, as well as a fresh perspective that is needed from time-to-time in state government.