Insect-proof net keep pests out of the nets, so as to prevent pests, diseases and vegetables. Moreover, the light reflected by the insect-proof net has a certain repellent effect on pests.

1. Insect control: Vegetables covered with insect control net can basically avoid the damage of many pests, such as cabbage caterpillar, diamondback moth, cabbage armyworm, Spodoptera litura, yellow-curled beetle, ape leaf insect, aphid and so on. According to the experiment, the control effect of insect control net on cabbage caterpillar, diamondback moth, cowpea pod borer and Liriomyza sativae was 94-97%, and the control effect on aphids was 90%.

2. Disease prevention: Virus disease is a catastrophic disease on many kinds of vegetables, mainly transmitted by insects, especially aphids. As insect net cut off the main route of transmission of pests, the infection of vegetable viruses was greatly reduced, and the control effect was about 80%. 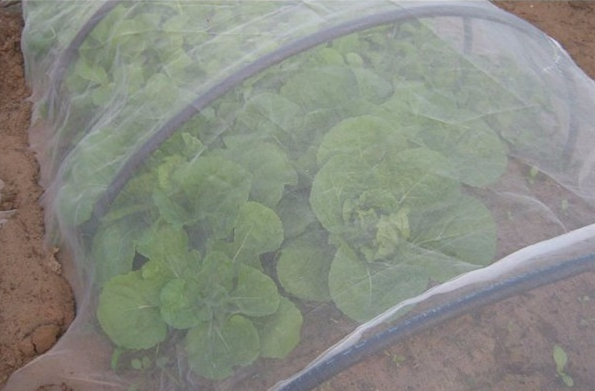