How Did US deals with the Agriculture Products Trade War?

To all of agriculture products, whether it's grains and oilseeds, dairy, meat, fruit, vegetable, sugar, wine, whiskey, agriculture shade net everything, the trade is very important to all farmers.

Sharon Bomer Lauritsen, assistant U.S. trade representative (USTR) said that they have over 1,800 different tariff lines and products that we keep track of in the U.S. government as far as agricultural exports and imports. American farmers export more than 20% of all farm and livestock product. Our exports account for over 30% of gross farm income.”

When pressed for her overall outlook on trade Lauritsen said, “As a trade negotiator, you have to be optimistic. We know, things are tough in U.S. agriculture. I completely understand the uncertainty and the nervousness. I don't know what the future will bring. This administration has a new way of doing trade policy. I think we've all seen that, and we are focused on making sure that we can help U.S. agriculture as much as possible.”

After apologizing for the lack of detail she would be able to provide regarding her recent trade mission to China, Lauritsen continued, “Please know that agriculture was front and center of those discussions. I think we had probably the largest agricultural delegation to China between USDA and USTR that I've ever been on.”

On June 2 and 3, the US agricultural delegation discussed that  rebalancing the bilateral economic relationship with China. Later, a White House statement released June 4, 2018, added, “The meetings focused on reducing the United States' trade deficit by facilitating the supply of agriculture bee net and energy products to meet China’s growing consumption needs, which will help support growth and employment in the US.” 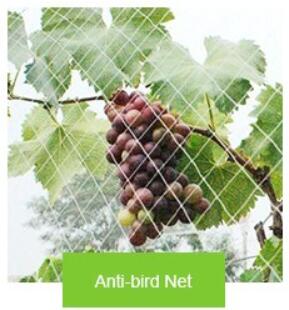 She continued by saying other attempts to resolve the issues since China joined the WTO in 2001 have not been successful. When the USTR announced 301 enforcement actions, China announced an additional $50 billion dollars in retaliatory tariffs against U.S. agricultural products. If imposed, those tariffs will cover nearly 82% of U.S. agricultural exports to China, Lauritsen added.

The Trump administration is challenging China’s market price support programs for rice, wheat, and corn. It is estimated that China has exceeded WTO support limits in those three commodities by nearly $100 billion. Lauritsen also said the Chinese have not properly administered their tariff rate quotas for the three crops.

"They are not fulfilling what they committed to do when they became a member of the WTO," she explained plainly. If they had kept up their commitments, Lauritsen said China could have been importing about $3.5 billion of additional crops, just in the last year.

This administration is committed to not only short-term anti bird net market access opportunities, but to making serious reform in China so that our policies no longer damage the interests of U.S. farmers and ranchers. US understand the concern in farm country, and the USTR is looking for every opportunity to engage with China to address these concerns.”