Recently the president Trump announced that the goverment would spend up to $12 billion, with the largest share going to row crop, agriculture shade net and livestock producers, to offset the impact of the tit-for-tat tariff war facing US exports.

Although this is only a short-term solution and is intended to give Trump time to rebalance trade rules worldwide. It also is “a firm statement the United States won’t cave in” to other nations. The administration announced the package weeks earlier than initially planned. During a briefing, USDA officials said details would be released in the next couple of weeks. Sign up for payments probably will begin around Labor Day. “To run this program, we need producers to harvest their crops,” said USDA farm program official Brad Karmen, because payments will be based on this year's crops. Payment rates are yet to be set. 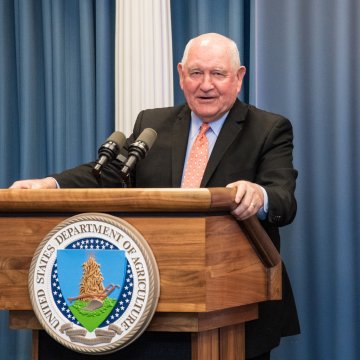 Payments will be made to soybean, sorghum, corn, wheat, cotton, dairy, and hog farmers. The USDA will purchase food for donation to charity to help fruit, nut, rice, legume, beef, pork, milk  and anti hail net producers. It also will provide funds to outside organizations to build overseas markets for U.S. food and ag exports. The money for the program will come from, as it is known “USDA’s bank,” the Commodity Credit Corp created during the Depression era and given broad power to support farm income and commodity prices. USDA does not need congressional approval to use the money.

Farm groups generally have stood by Trump during the trade war although anxiety has begun to rise in farm country. Farm-state lawmakers often say they would prefer trade rather than aid. Farm Bureau president Zippy Duvall said the aid package “will provide a welcome measure of temporary relief” considering the farm economy is experiencing lean financial times and abruptly lower commodity prices.

This announcement is substantial but we cannot overstate the dire consequences that farmers and ranchers are facing in relation to lost export bee net markets. Our emphasis continues to be for a swift and sure end to the trade war and tariffs impacting American agriculture. The administration offered a short-term fix for a long-term problem. It’s been estimated that farmers lost more than $13 billion last month alone due to trade disruptions.