It's reported from USDA that the US soybean crop was rated 69% good or excellent, down from 71% a week earlier, however it's still up from 61% during the same week in 2017 due to agriculture anti bird net. Meanwhile about 65% of the crop was blooming, well ahead of the prior five-year average of 45% for this time of year, and 26% was setting pods, up from the average of 11%.

Some 74% of the winter crop in the U.S. was harvested, ahead of the five-year average of 71% for this time of year. Spring wheat, meanwhile, was 80% good or excellent, unchanged from seven days earlier, but up from 34% during the same week last year. 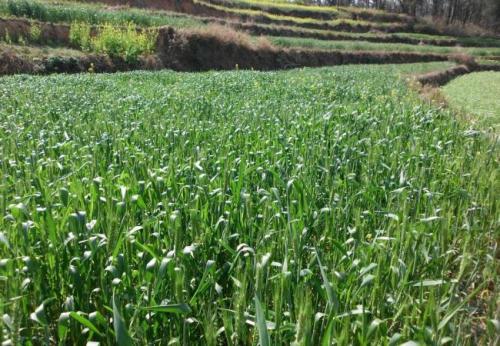 Export inspections of corn and soybeans for delivery to overseas buyers were lower week to week, while wheat assessments were higher in agriculture shade net. Inspections of corn in the week that ended on July 12 totaled 1.22 million metric tons, according to the USDA. That's down from 1.47 million seven days earlier, but still up from 1.12 million during the same week last year.

Soybean assessments fell to 635,429 metric tons from 668,014 tons a week earlier. Still, that's more than double the 299,639 inspected during the same time frame in 2017. Wheat was the big gainer, as inspections totaled 469,523 metric tons last week, up from 268,221 tons seven days earlier, according to the government. The total lags the year-ago week when the USDA inspected 594,705 tons of wheat for overseas delivery.

With only about six weeks left in the 2017-2018 marketing year for corn, soybeans and anti insect net, inspections of both commodities lag the year-ago pace.Soybean inspections so far this marketing year are at 51 million metric tons, trailing the year earlier when assessments were at 53.3 million tons that had been inspected during the same time frame a year earlier.