On Thursday,  the Republican-controlled House passed its farm bill that tweaks the ARC and PLC programs and expands the CRP by 5 million acres shade net. House Agriculture chairman Michael Conaway said he expects the Senate to pass its version next week, clearing the way to enact the 2018 farm bill before current law expires this fall. And his top priority is enactment of the farm bill on time - "that will alleviate the sense of anxiety" in farm country created by the slump in farm income and commodity prices over the past five years.

"I knew it was going to be razor-thin," said the Texas Republican after the 213-211 vote. All of the votes in favor of the bill came from the Republican majority. Twenty Republicans joined a solid block of Democrats in voting against the bill. A month ago, 30 Republicans voted against the bill, putting it into legislative limbo. The House voted, 233 to 190 – a party-line vote – to take a new look at the bill and then immediately passed it. 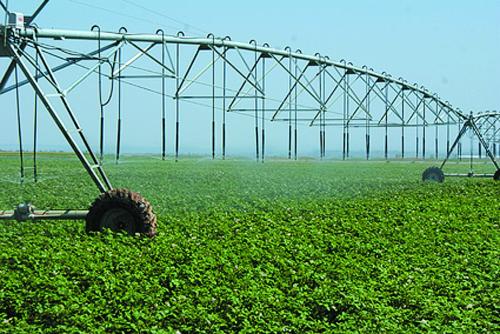 The lightning rod issue for the farm bill has been Conaway's proposal, backed by House leaders who advocate welfare reform, to require 7 million or more "work capable" adults ages 18 to 59 to work at least 20 hours a week or spend equal time in job training or workfare to qualify for food stamps and anti hail net. The bill also makes cousins, nieces, and nephews eligible for farm subsidies and removes payment limits on some types of corporate farms.

Senate Majority Leader Mitch McConnell has said the Senate will act on the farm bill before the end of June. Referring to Senate Agriculture chairman Pat Roberts, Conaway said he "anxiously awaits Pat's success next week in the Senate." The bipartisan Senate bill would expand the CRP by 1 million acres, extend the ARC and PLC programs and scaffold net, like the House bill, give producers a one-time choice to enroll in ARC or PLC for the five-year life of the 2018 farm bill. Analysts expect a stampede into PLC.